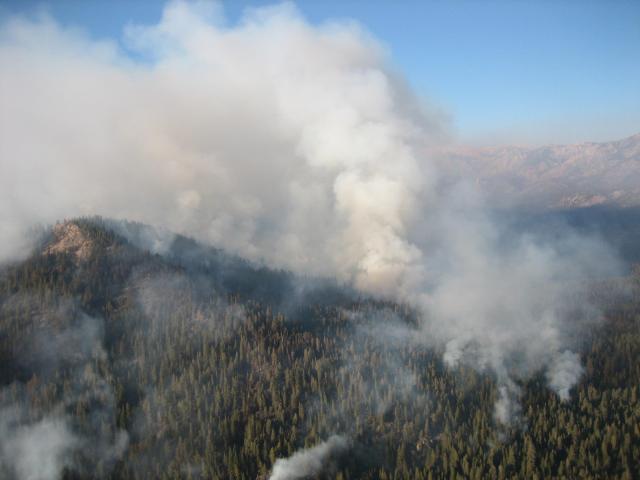 The Soda fire grew to 676 acres on Tuesday. The fire continued to grow on the west side. To the north the fire has reached a ridge and is slowly backing down the slope. The northeast corner of the fire is growing slowly. The southern edge of the fire has reached the snow banks along Clicks Creek. Observed fire behavior was 1-2 foot flame lengths. No tree torching was observed as the fire was contained to the ground cleaning up the forest floor at a slow to moderate rate of spread.

Fire officials are using a helicopter to monitor the fire’s behavior and movement. They were able to map the fire’s perimeter on Monday afternoon. Currently there is not a need to insert ground resources and risk injuries to firefighters until the fire gets closer to the trails.

Winter road closures are still in place and the North Road remains closed to the public at the junction of Highway 190.

Firefighters are monitoring fire behavior by air. Fire officials will continue to monitor the fire’s spread to determine when it is necessary to insert ground personnel.

Down canyon winds at night will likely continue to push the smoke down the drainage and into Kernville. As the day warms and the inversion breaks the smoke should lift out of the drainages and be pushed to the north.

Smoke can pose health concerns for the public. Residents are encouraged to visit the “Protect Yourself from Smoke” website for smoke protection information at http://www.cdc.gov/Features/Wildfires/.