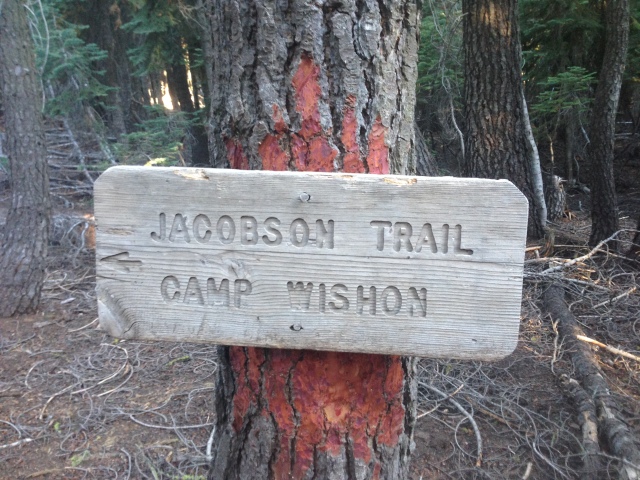 Located on the Sequoia National Forest side of the wilderness, the Jacobsen Trail (31E21) begins off of the Doyle Trail (30E14) just above the Camp Wishon. The trail quickly crosses the North Fork Middle Fork Tule River to the east and makes its way up the ridge to the Summit Trail on a western boundary of the wilderness. Once at the Summit Trail, Jacobsen Meadow is just to the north.

The Jacobsen Trail is an old trail that, due to lack maintenance, has slowly disappeared. The trails tread is still there, but the encroaching vegetation makes it harder to see an navigate. Maintenance has been lacking enough that even on some newer maps the trail has been removed as though it never existed. Its lack of use may have some users unaware of where it is starts and ends.

Well today this has changed. The Jacobsen Trail has been re-opened! Go check it out while you can. Since the trails starting elevation is around 4200 feet, access to the trail extends for a longer portion of the year. Now when the North Road (21S50) or Balch Park is closed due to snow, you may still be able access the Golden Trout Wilderness via the Jacobsen Trail. There should be some great vantage points since it follows a ridge, especially in the mid fall to late spring months when the air is clearer in the valley.